Von Glitschka: Dork of the Month

Both of us have many designers that we are big fans of and wish we could mention all of them to you guys at once but one designer at a time.

Today we bring you the very talented designer, illustrator, teacher, podcaster, and Twitter extraordinaire, Von Glitschka. If you haven’t already heard of him, and you are into design, you’ve been missing out. We first heard of Von via the Freelance Switch Podcast, he was one of the hosts on that show but it got cancelled a few years ago. Von was also one of the first people we started following a few years back on twitter, he always has interesting opinions. From a design perspective, his ideas and concepts are, by far, that of a master.

Von also used to record his illustrator techniques via ustream, and it was always cool seeing his entire process and the tools he used. He’s always been open with his entire process and has a whole bunch of tutorials posted on his site. One of the main tools that he uses is the pen tool, and he is the master of it. He’s a big fan of an old school app called Freehand which is discontinued now, so he’s almost forced into using Illustrator.

Von has been an instructor and has spoken at many events including these:

A few links to see what he’s been up to:

Below you guys can see the types of work he has done, and notice that he has established his own style that stays pretty consistent through the majority of his work.

If you enjoyed this article or if there is a designer that you think deserves the honor of being Dork of the Month, let us know by leaving us a comment, or hitting us up on Twitter ( @studiodork ) / Facebook.com/studiodork. Thanks for reading and stay dorky! 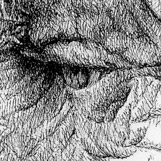 Daily Inspiration #318 Posted: 2-1-12
This post is part of a series of posts showing the most inspiring images selected by the... 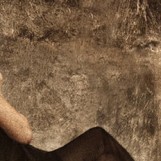 Daily Inspiration #123 Posted: 7-20-11
This post is part of a series of posts showing the most inspiring images selected by the... 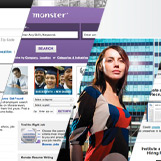 Dork Approved Job sites Posted: 2-22-12
craigslist.org Whether your looking for a full time gig or a quick contractual position, Craigslist is...
(The Dorks work hard, give them props) Buy the dorks some coffee